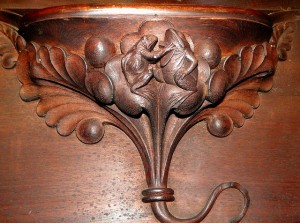 Prayers in the early medieval church for the daily divine offices (Matins, Lauds, Prime, Terce, Sext, None, Vespers, and Compline) were said standing with uplifted hands. Those who were old or infirm were allowed to use crutches or, as time went on, misericordia (literally “act of mercy”).  Seating was constructed so that the seats could be turned up, the undersides being provided with a small shelf thus allowing a person a small level of comfort by leaning against it. Like most other medieval woodwork in churches, they were usually carved with skill and often show detailed scenes which belie their hidden position underneath the seats, especially in the choir stalls of the quire around the altar.  Misericords in English churches date from the start of the 13th century and continued to be installed right up until the 21st century.
Saint Michael’s has a particularly fine collection with animal carvings. 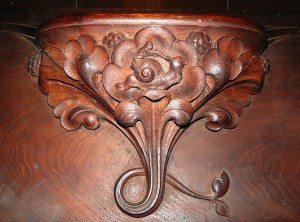 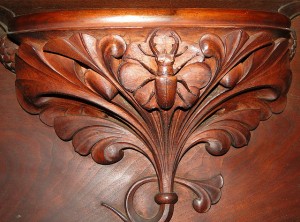 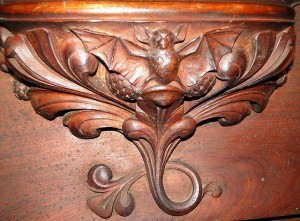 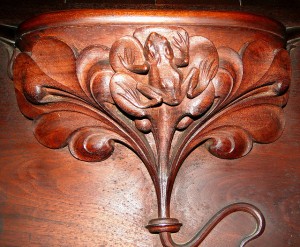 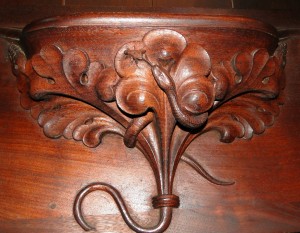 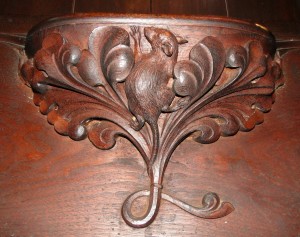 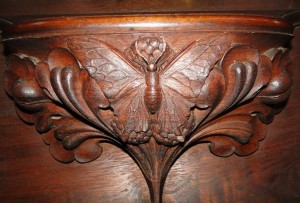 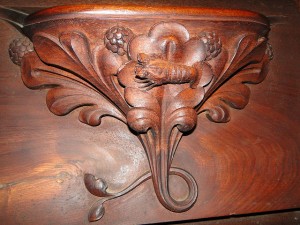 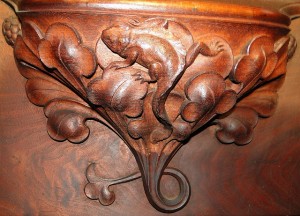 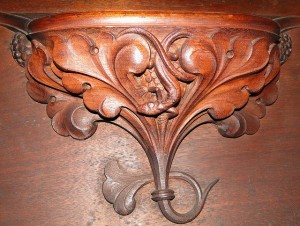 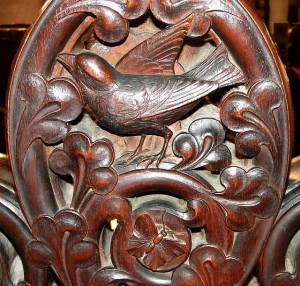 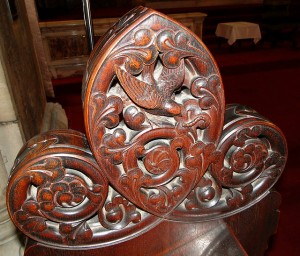